Tami Roman, Tells all about upcoming season and New Sitcom 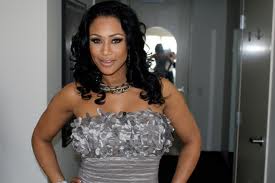 Well chile that Tami Roman is keeping herself super busy and out of trouble nowadays. She was recently spotted on the streets of Manhattan looking just fabulous. I guess that Basketball Wives money is treating her right! You can expect to see more of the outspoken Basketball Wives star this coming January when her new comedy series, titled Belle’s, premieres on TV One. She is also filming Basketball Wives Season 5 which will focus more on positivity this season. She recently revealed:

Tami: People are really going to be surprised at the approach we’re going to take this season because it’s more family oriented, not as much drama.What you’ve seen in past seasons was real, but that’s not how our lives are 98% of the time. We’re excited to show you more than just the drama.
I’m a busy mom and I have a new show coming out and I’m focused on that. I’m really a loving person and you’ll see that on season five. 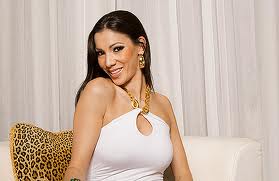 Lawd, I guess everyone has to evolve. So here is the best Peppermint Tea for today. Jennifer Williams, Royce Reed and Kesha Nichols have all been axed from Season 5, and replaced with with Brandi Garnett (wife of Kevin Garnett), Tasha Marbury (wife of Stephon Marbury) and Hope Alexa (Dwight Howard’s baby’s mother) cast as their replacements for the upcoming season.

Well I wonder if Dwight has any legal smack down on Hope Alexa like he did Royce Reed yet, Because we all know that he didn’t let poor Royce say a mumbling word! Well I guess we will see come January if this new season will be a hit or a bust!

So the Chai Tea for today is Royce Reed, Jennefer Williams, and Keisha Nichols are out! So you are probably thinking whats going to happen to the show. Well Ms. Shaunie Oneal has things up her sleeve with Shed Media and VH1.
So as I gather my sources together and I have just learned that the new season is underway. The ladies starting taping today. Apparently VH1 and Shed Media thought about it and decided not to get rid of Evelyn Lozado. She tweeted today stating that this was the first day, She and Shaunie was out to a Christian Event. She said 1 down and 3 months to go like she is scared to see what the outcome will be. well Evelyn all I have to say is that you better remember what Iyanla Vanzant have told you. Because hunnie you will not recieve a fifth chance.(chuckles) I knew Shaunie was not going to let the show go on without her bestie being apart of it. They probably low key sent Evelyn to see Iyanla Vanzant for counseling so she would be able to tape. It make a lot of sense like a drug rehab. Umph, things they do for ratings on a show! 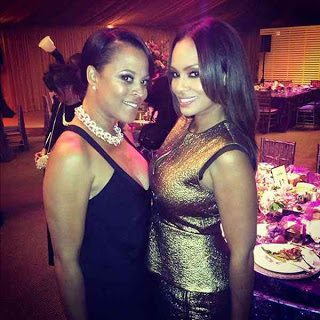 So Evelyn and Shaunie out at a christian event together. Could this be the new angle of the show since they are changing the outline of the show? If so, this will definitely be the last season. Hunnie you know the people wants to see drama.

Here is the Peppermint Tea that is warming on the campfire. There is a new wife already added to the cast and they have been seen taping around the city! Her name is Tasha Marbury, wife of Stephon Marbury, Ex-NBA player. Since he is now playing for china, I guess he gave her permission to get a job and this is what she came up with. Originally she was suppose to be on the first season of the franchise but he advised her that it would be a bad idea. its funny how the tune changes when the money gets low. (Pickle)

Since Shed Media and VH1 let Jennefer Williams, Royce Reed, and Keisha Nichols go. They had to go ahead and start the replacement for these girls. Also we still trying to see if they let Kenya Bell go as well. They have not confirmed that yet. Well it looks like 1 down and 2 more to go.

I cant wait to see how this unfold with the new directions and the new additions to the cast. Stay tuned because I will keep you updated.

FlyGossipGuy
THE SHADE IS REAL

Royce Reed, Confirms no Basketball Wives season 5 for her!

Well hello Rocye Reed thanks for confirming that we will not see your little chest this season on Basketball Wives Miami Season 5. I am sure Shaunie and Evelyn will be glad you will not be there. So that makes 1 less personality they have to deal with. So Royce released a statement thanking Vh1 and Shed Media for giving her the opportunity and the platform from the show but she will not miss it.Are we going to miss this little fast tail girl with the spicy mouth? Probably not! Oh well Royce it was good knowing that you were fast and you kept a man in your pants! (Ha!) Holla Royce! 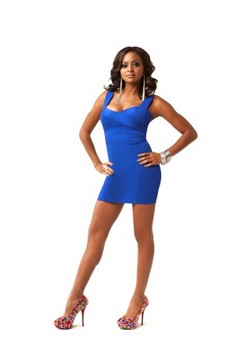