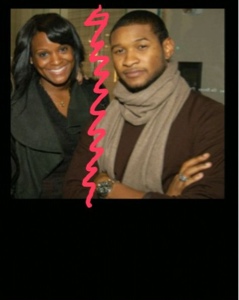 Well, Well, Well sounds like Atlanta will be getting the next installment of Hollywood Exes, The Atlanta edition. So The husbands of two of the ladies that are slated to be cast members are both the stars of NBC’s The Voice, but the ladies in Usher and Cee Lo Green’s lives might be about to hit the spotlight on Hollywood Exes: Atlanta. 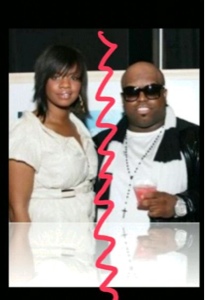 According to Star Magazine (via RadarOnline), Cee Lo’s ex-wife Christina Johnson and Usher’s ex-wife Tameka Foster are rumored to be cast on the new spin-off show. As many know, Ush and Tameka have been in the middle of a nasty custody battle over their sons (whom Usher recently received primary custody of, but Tameka promises to appeal).
Though Cee Lo and his wife Christina have remained close, in 2001 he was arrested for simple assault after smashing the family’s Jaguar while in the middle of a fight with her. So chances are, she’s got a few, erm, interesting stories about the singer.
This show is still in the very early stages, and VH1 has yet to even confirm the spin-off. But sources close to the project say that Usher and Cee Lo are sweating it.
“Usher’s concerned because she’s still bitter. Tameka is having financial problems and feels like this could be her meal ticket,” the source claims, adding, “[Cee Lo] joked that his ex may spill some of his dirty secrets.”
Hopefully this potential spin-off won’t cause The Voice coaches any grief as they prepare to return to the show. Cee Lo will hit the small screens this fall for Season 5 and Ush will be back in the spring for Season 6.
Would you watch Hollywood Exes: Atlanta? Tell us below!

So the rest of the cast have been revealed and here it is Sheree Buchanan (Ex-wife of former Falcons player Ray Buchanan), Christina Johnson (Ex Wife of Cee-Lo Green), Tameka Foster Raymond (Ex-Wife of Usher Raymond), Kim Elba (Ex-wife of Idris Elba), Monica Ambrose (ex-wife of Ashley Ambrose, a former NFL baller who played for several teams including the Atlanta Falcons) and Monyetta Shaw (Ex Fiance’ of Ne-Yo).