Chik-fil-A needs to get it together!!!! 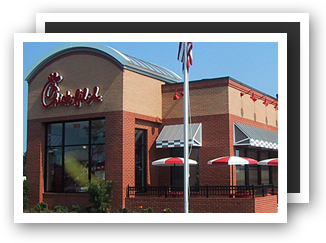 Now Chick-fil-A has lost their mind. First you don’t like gay people and now you don’t care for black people. This is a absolute PICKLE.
After a record setting sales day last week, Chick-fil-A President and Chief Operating Officer Dan Cathy has realized that hatred and bigotry are extremely profitable in the United States. While hundreds of people stood in line to “celebrate” the Chick-fil-A Appreciation Day and show their support for Cathy’s anti-gay agenda, Cathy was already considering his next move. According to a senior level manager, Cathy is planning a marketing campaign around his next controversial and extremely profitable statement. Cathy considered many targets that would appeal to his primarily southern-based conservative customers before ultimately saying the following:

“Let’s milk this for all its worth. Let’s wait until this gay thing dies down a little, then I will release another statement that says that we don’t like blacks either. Now, they’re protected by those stupid discrimination laws so we’ll need to be careful, but I think it will work. I mean hey, it’s not like it’s a lie. We’ll have another Chick-Fil-A Appreciation Day before you know it!”

When confronted, Cathy defended his comments:

“We are a private company with a deeply personal belief system. We are lucky to live in a country where we are allowed to practice those beliefs. We abide by all of the discrimination laws and we welcome colored folk in our restaurants. I even hire them to work in my restaurants. We do not discriminate against anyone because of their color. However, if I’m being honest, we really don’t care for them. That is my opinion and I have a right to express it.”

While Mr. Cathy does have a right to his opinion, his statement is sure to spark an outcry from the African American community, people who believe in equality and anyone with a modicum of intelligence. However, according to the Southern Poverty Law Center, “the number of radical hate groups and militias has exploded in recent years” so he will likely find himself again with many supporters. In fact, “the number of radical ‘anti-government’ militia groups increased from 150 to 1,274 during the years of the Obama presidency. There have been more homegrown domestic terrorism attacks by right-wing groups than by international terrorists during his presidency as well…. [There’s] a generalized feeling that ‘this is not the country my Christian white forefathers built. We’ve got to take this country back.’” Since the vast majority of these groups are made up of right-wing conservatives, Cathy’s latest campaign will successfully establish Chick-fil-A as the official sponsor for right-wing hate groups.
According to our source, Cathy ultimately chose to focus his hate on African Americans after considering and dismissing a promotion that would put actual AK-47s in their Kid’s Meals. According to Cathy, “We wouldn’t want some of those kids to have them.” He also considered a “Muppets promote interspecies relationships” promotion but was afraid of potential lawsuits. Cathy is continuing his plans to unveil a new campaign every few months with future targets including “liberals and people of Asian, Hispanic and Arabic descent”. Apparently there is a lot of hate in the U.S.A. and Cathy plans to “milk” every last drop.

FlyGossip Guy
THE SHADE IS REAL